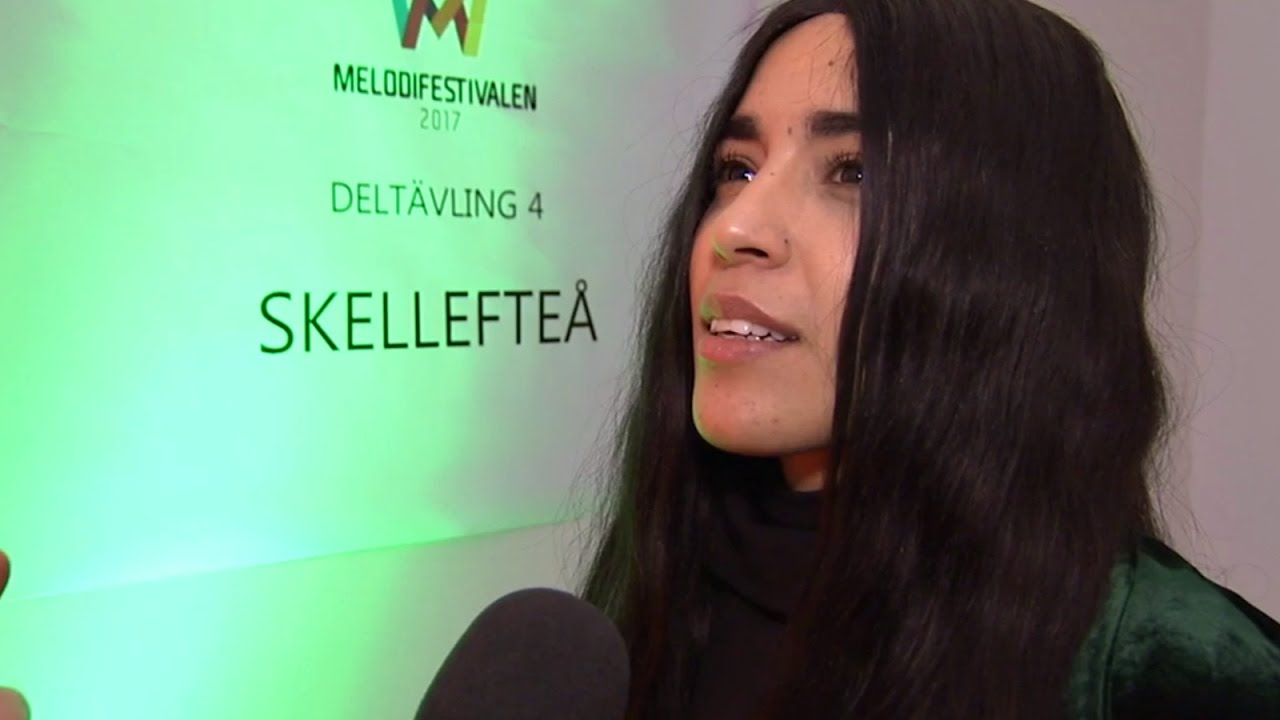 Well if this isn't the teasiest of all known teasers. With practically all of the other Melfest song snippets this year you've got a pretty clear idea of how it's all going to turn out within a small handful seconds. Swedish songs are like that. Once you've picked up the groove you can take a fair guessat where it's going to end up.

Not this one though. Starting at what sounds like the actual beginning, it comes in all atmospheric, with Ms Talhaoui giving it her best meaningful vocal swirling, before it all gets a bit jagged and FKA Twigs for a second or two, then builds to a crescendo that tells you something interesting's about to happen...

And then, like the best peep shows it cuts off dead. Only this time there's no opportunity to stick another coin in the slot to raise the shutter.

So what's it going to be? The few people I've read that have heard it right through don't seem to have the musical language to describe it. One plucky trier called it punk, which makes me suspect that they've never heard punk and are only guessing. Another likened it to Nirvana. Again, I'm suspecting that they're a little far off the mark there. My suspicion in trying to translate what they think they mean is that it might have a guitar in it somewhere and get a big chuggy, but in a slightly disappointing mid tempo kind of way, judging by the build.

But please do surprise us pleasantly Lady Loreen, because I'd love the wayward guestimates to be right, just this once!
Posted by Roy D Hacksaw at 07:11