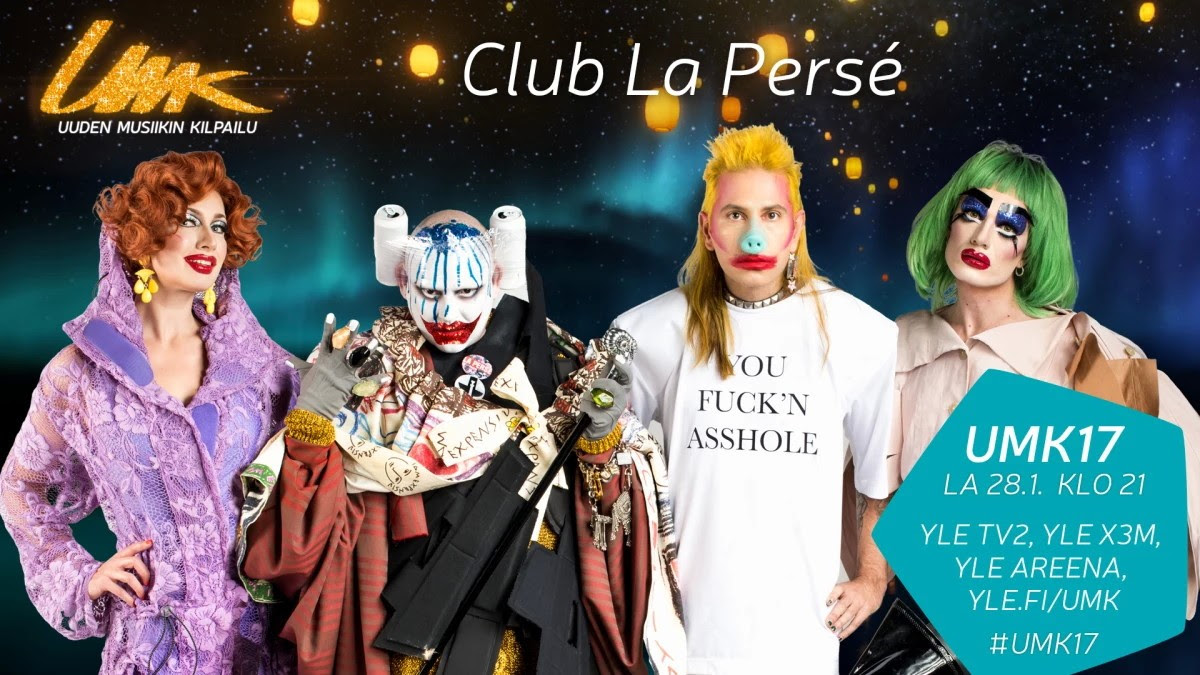 (I'd make sure you're sitting down first before clicking here...)

So then, if you thought the last couple of days of postings were a little off piste, you wait until you hear this one. Like four baby Leigh Bowerys after an explosion at the Wacky Warehouse, this high camp art collective are going to look nothing less than eye-melting on stage - it's just a shame that the song's a bit weak.

OK, so some of the more insistent catwalk techno is pretty damn good, but the constant 'dit-dit-doo-doo-doo' refrain and the over-arch proclamations don't quite make up for the world beating song I was hoping for to match their lively look.

However, I would advise a little further investigation into this mob, because some of their videos are absolutely cracking, they're a dab hand at catty interviews, and the fella with the blue pig's nose is called Mr C*nt. Only with a 'u' instead of a star, obviously. Well, think of the children. Although to be fair, most children swear better than me these days.

I'm also reliably informed by my Finnish friends that Persé relates to something more arse-shaped than its more familiar meaning in the West, so I reckon we're going to be in line for one heck of a show come UMK night. I just wish the song was good enough to match the look!