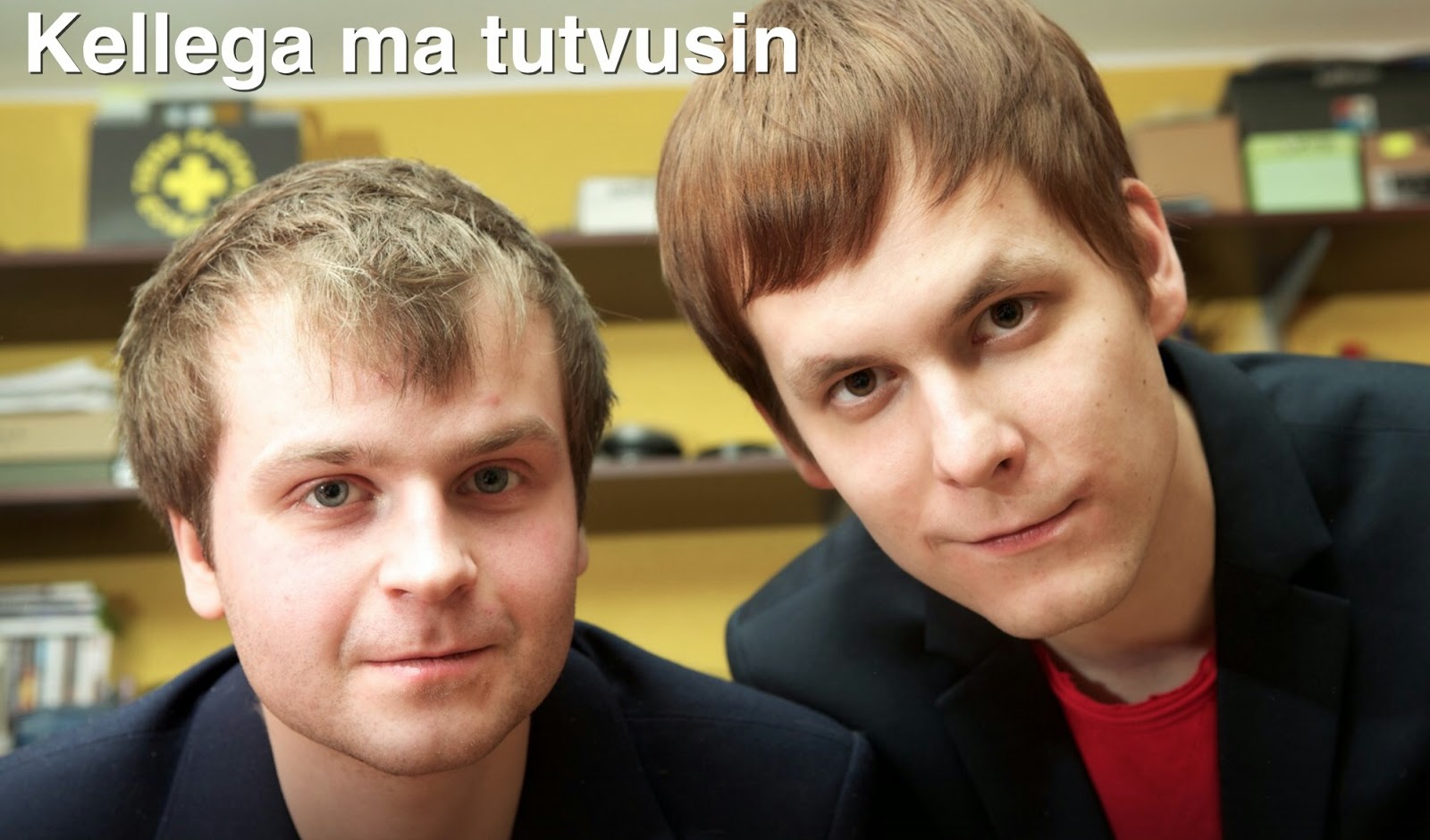 (Click here to find out a little more about these curious chaps...)
While last night's release of all twenty Eesti Laul songs made all of us Eurovisionists leap to instant different conclusions as to who was sure to win, we've all overlooked some of the many pure gems from further down the pack, who while never standing a chance of making it through to the business end of the shows, make the Estonian selection process the most interesting, creative and exciting competition of the whole darned lot of them.

So let's celebrate some of the more esoteric songs in this year's Laul, starting with this rather fine little oddity by NimmerSchmidt. I know nothing about the band, shy of their rather unnerving picture on the ETV site, but their strange, ethereal seaside swing both delights and unsettles in equal measures.

There's a pretty strong chance that this scratchy gem won't even get as far as their own national final, but like Elina and Stig - and indeed many of the other songs in their selection - I just can't wait to see what they do with it on the live stage. February can't come quickly enough

Videos from YouTube. Underlying © lays with the owners of the clips
Posted by Roy D Hacksaw at 05:12